Moon Over the Mediterranean @ Cobargo Folk Festival and globetrotting! 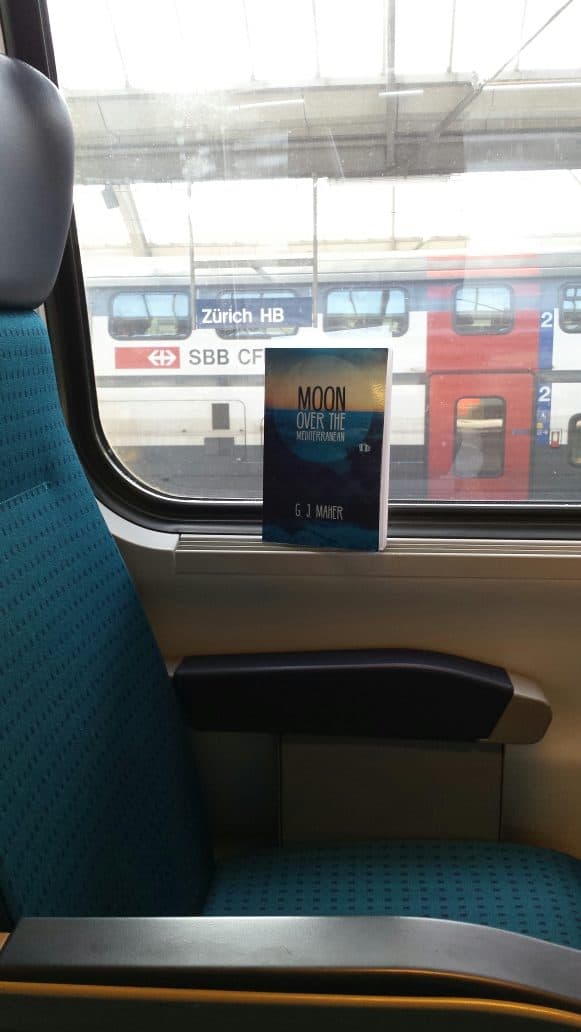 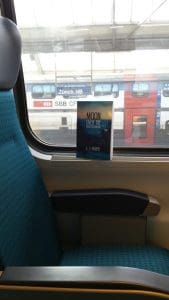 Since its launch Moon Over the Mediterranean has traveled the world – much like the full-hearted conscientious objector Alexander of which Moon Over the Mediterranean follows from 1960s Holland as he embarks on a lifetime adventure, travelling the hippie trail through Greece, India, Nepal, Kashmir, Afghanistan, Iran, Israel and beyond – and into the hands of new readers and supporters which have been so kind as to share photos of them and/or their copies of this touching adventure. 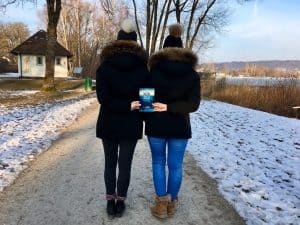 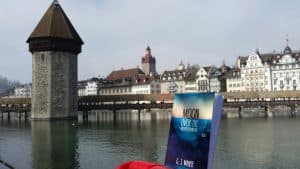 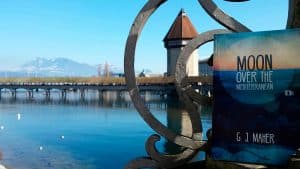 The bridge is the Kapellbrücke (Chapel Bridge) of Luzern, it’s the symbol of the city. It was built in the 14th century and in the 17th century about 100 paintings were added. Unfortunately in the night from 17th till 18th of August, 1993 the central part of the bridge was destroyed by a fire. The bridge was rebuilt, but 80% of the paintings had been lost forever

Geof (GJ Maher) also attended Cobargo Folk Festival where he sold and had book signings for Moon Over the Mediterranean. At this same festival he met and shared chilli wine with the incredibly talented Eric Bogle (The famous singer-songwriter, known notably for his songs ‘No Man’s Land‘ and ‘And the Band Played Waltzing Matilda‘), met the Aboriginal Elder of the Yuin Region, Ossie Cruze, and also had a good chat with the local poet and storyteller who goes by the name of ‘Campbell’. 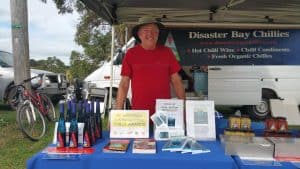 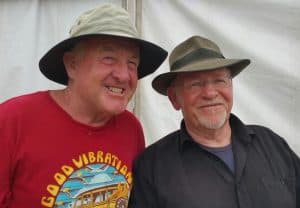 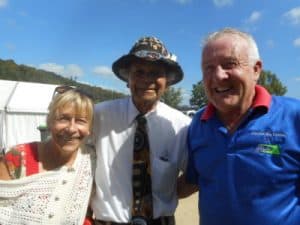 If you haven’t grabbed a copy yet of the captivating Moon over the Mediterranean you can find this title at all good bookstores, online and by directly contacting markzocchi@brolgapublishing.com.au